Radio Monitors International was broadcast over the Sri Lanka Broadcasting Corporation from 1975. The producer was the well-known DXer Adrian Peterson. It was a DXer oriented program which featured a station profile and DXing information. A North American edition of the program was broadcast on Radio Earth from 1985 to 1986.

I happened upon the program during a visit to Korea in 1984. I had to send two reports to the station because the first one never made it. Adrian sent a nice letter, a QSL card, and an EKKO stamp in reply for my reception report.  (Anyone remember EKKO Stamps?) My report number was 12777. Adrian still signs QSL cards, now doing it for Adventist World Radio. I don’t know how one would tabulate the number of times someone signs a QSL card, but if I were to bet, I believe that Adrian probably has signed more of them than anyone else in the world. 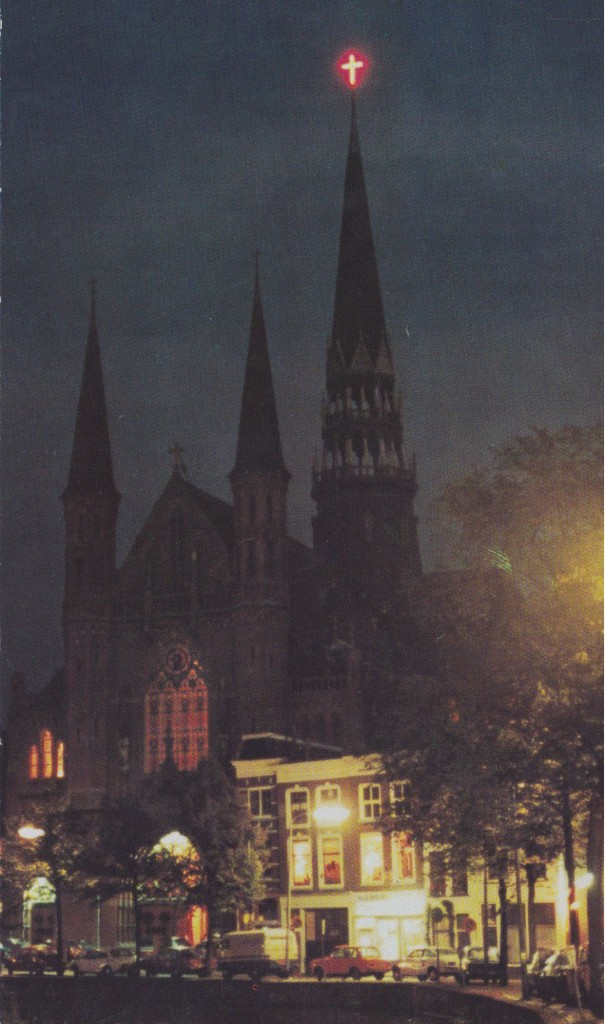 This QSL card verifies my reception of World Mission Radio via famous Radio Caroline on board the ship Ross Revenge. However, the name of a station or broadcaster does not appear on the card. So, a little detective work is required to determine the name of the station.

The first obvious things on the card are the mailing address and the phone number. A web search reveals that they match the address and phone number of The Johan Maasbach World Mission Foundation in The Hague. Hmmm, a possible connection. Further investigation reveals that in the late 1980’s, this missionary foundation broadcast programs using Radio Caroline’s transmitter on the ship Ross Revenge. So we have it.

The station is called a pirate station because it was unlicensed.

World Mission Radio first signed on the air on 1 May 1988, and was closed down on 18 August 1989 by Dutch and British authorities. The format was Dutch and English religious programming. A successor to this station called Maasbach Radio streams programming from the web site www.maasbachradio.com

You can read more about this broadcasters at http://www.offshoreradiomuseum.co.uk/page424.html

I feel fortunate to hear and verify this station even though its name does not appear on the card. 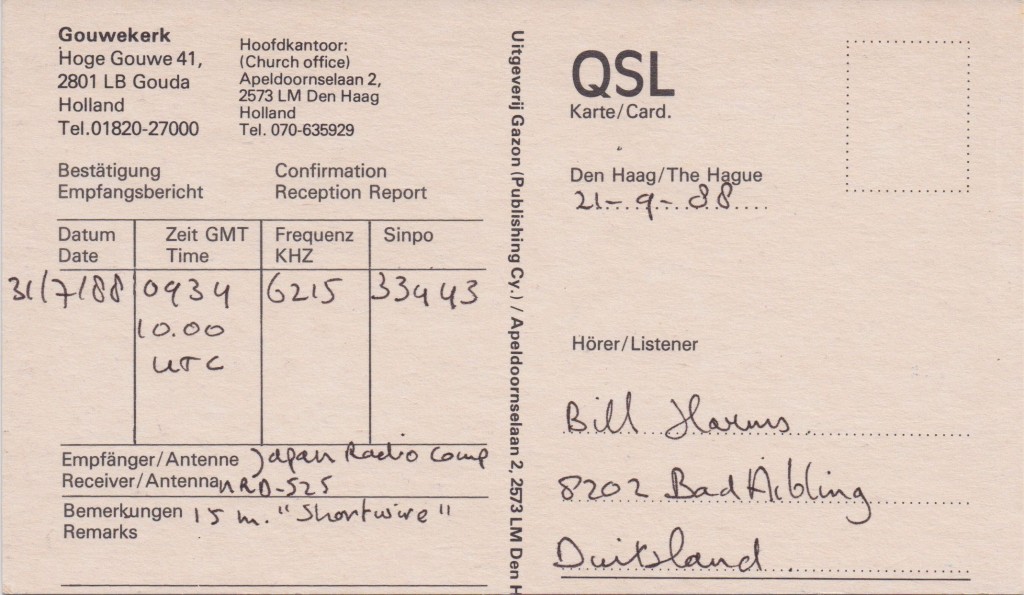 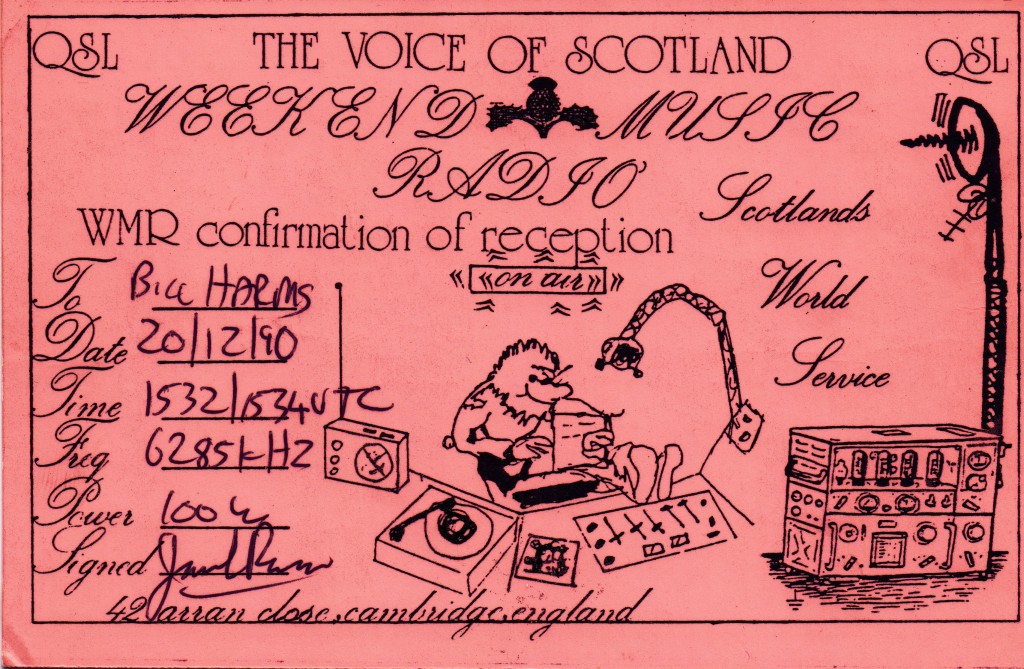