We heard Radio Wil, a local station in the town of Wil, St. Gallen, on 93.1 MHz on one of our trips to Switzerland. They were playing country music, and I could recognize some of the titles, so I decided to sent them a reception report. They replied with this nice letter in German. According to the letter, in addition to their local programming, they also broadcast programs in German from other sources like the Swiss Broadcasting Corporation.

From what I have gathered, this station was founded in April 1985, but is no longer on the air and the frequency of 93.1 MHz in the town of Wil is now occupied by a station called Radio Top.

You can see the QSL letter below 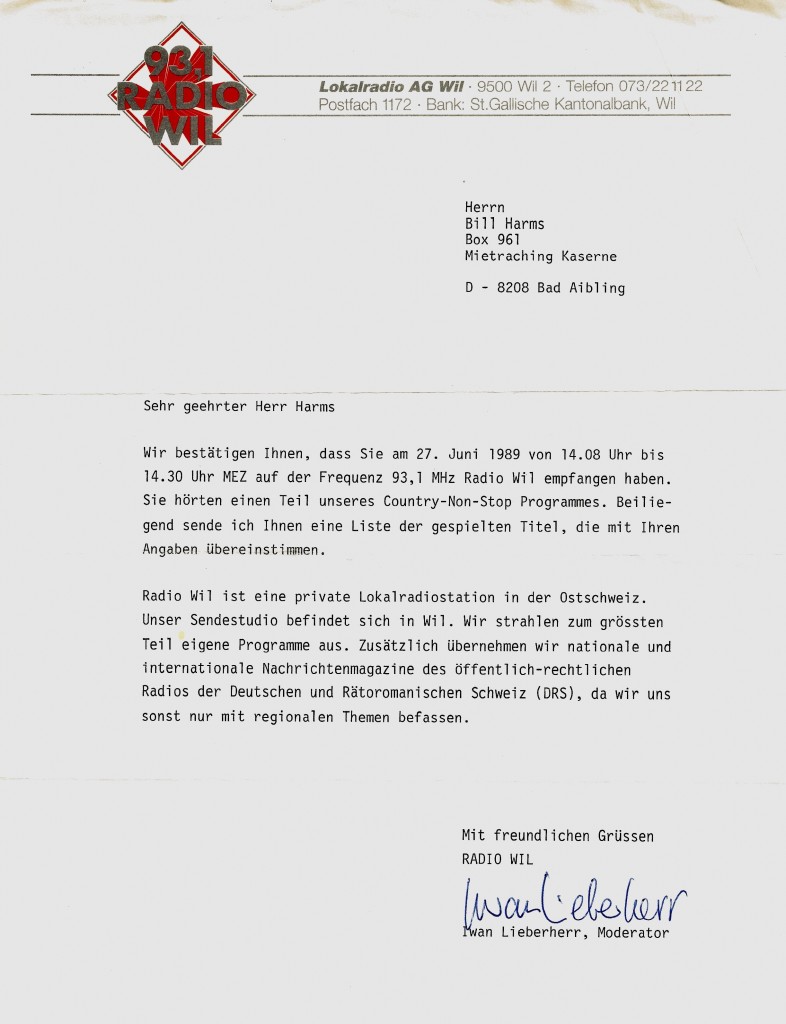 Radio 24 in Zürich is one of the oldest local radio stations in Switzerland with their roots in pirate radio. Their web site is at http://www.radio24.ch/

We heard Radio 24 in the town of Zürich while driving around. I recall it had a good signal in the town itself, but it faded out quickly once we left the town. An audio clip of what we heard is below. The station sent me the verification letter below for my reception report. 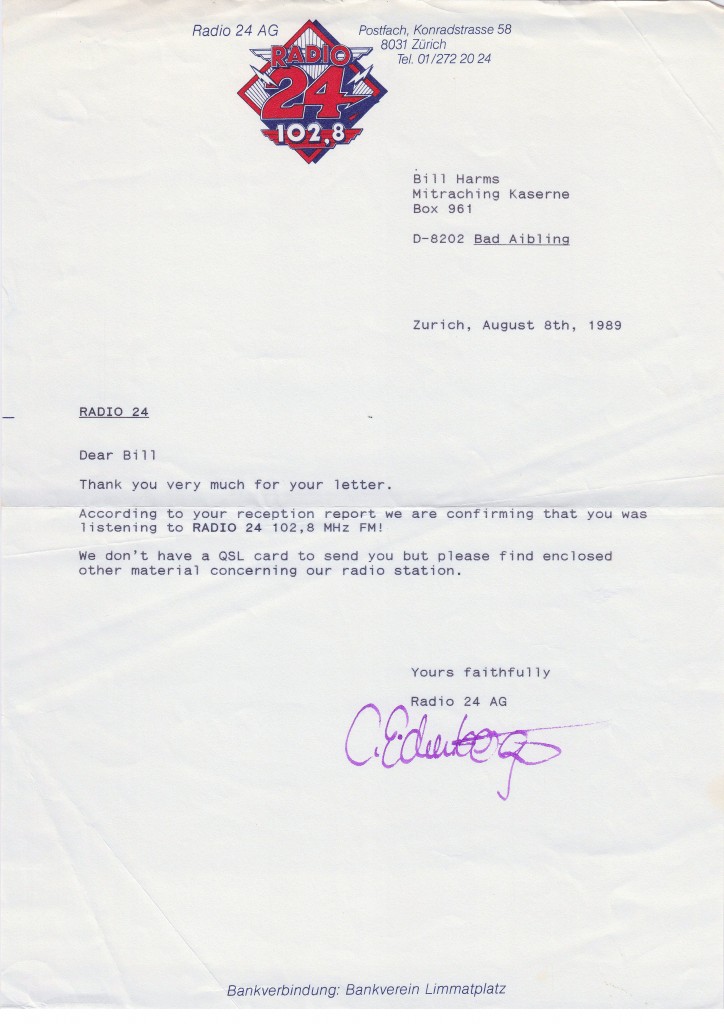 Radio Thurgau was a radio station which served the Thurgau Canton of Switzerland until 1 January 1998 when it merged with Radio Wil and Radio Radio Eulach to form Radio Top. According to the QSL letter below, they also broadcast German language programs from broadcasters such as the DRS.

We picked this station up at a campground in Balzers, Liechtenstein in the morning just before we left for the day. It had a good signal.

You can see the QSL verification that they sent in response to my reception report. We listened to their 100.3 outlet transmitting from Kreuzlingen. 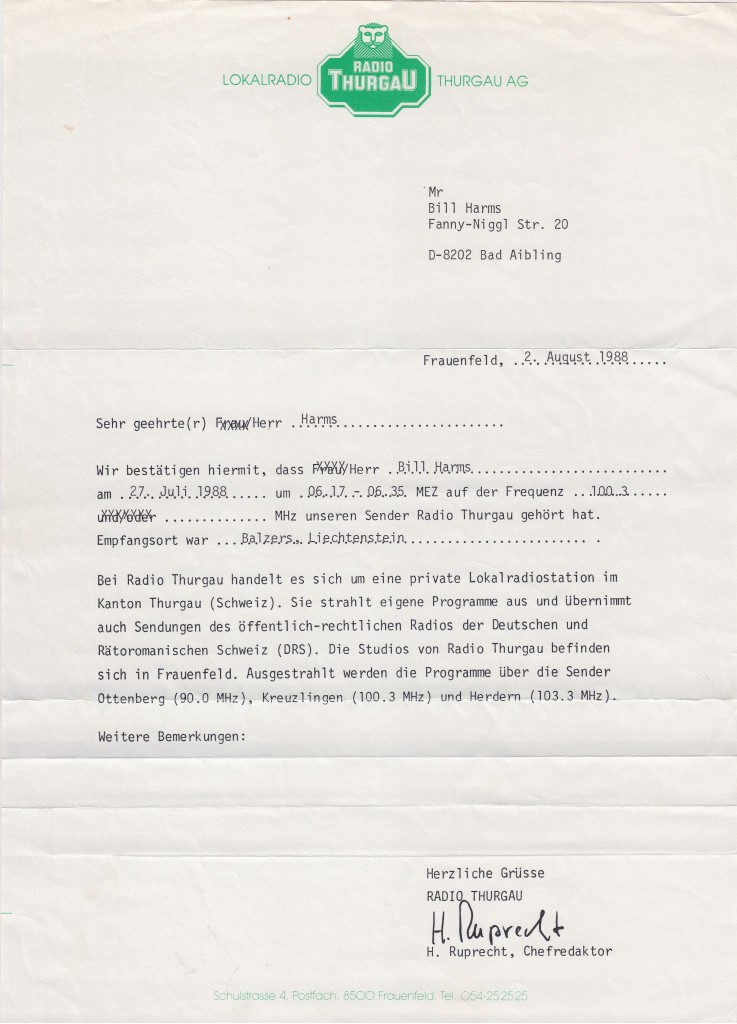 Radio Zürisee was founded on 1 November 1983 and is still on the air. It primarily serves the Zürich Oberland or the area to the east of the City of Zürich surrounding the lake . When we heard them in 1988, their studio was in Stäfa. In 1994, they moved their studios to Rapperswil. They also underwent a major frequency re-alignment since we visited the area.

We heard them along the southern shore of Lake Zürich for several minutes with a clear signal.  The frequency was 91.9 MHz, and the transmitter was located in Feusisberg. However, because it was low power, the signal quickly faded out. We heard enough for a good reception report (a tape recorder helps too.) So, they sent back the nice QSL letter you can see below. I am also including a short audio clip of what we heard. (Click on the arrow on the left side of the bar.)