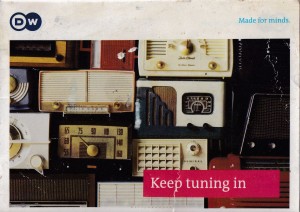 This is a rescue QSL. 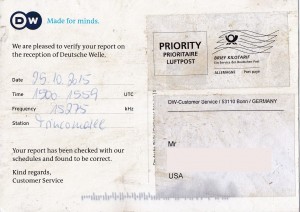 It was found in the ditch next to our mailbox. I have no idea how it got there. It was water logged and slightly soiled, but the writing was still legible. The only printing that was smudged was part of the bar code on the bottom of the card. I took the poor thing into the house and placed it in between two books to dry out and to keep it flat as it was starting to curl up.

Despite being handled roughly, the QSL is in good enough shape that I can place it in my collection. I already had a QSL for a report on DW via Trincomalee, but it did not contain the transmitter site name. So this is “officially” the first DW QSL for this site in my collection

Sometimes it is possible for DXers to send reception reports to broadcasters, not ask for a QSL, and to provide technical information about their signals. In this case, a report was sent to the English language section of Vatican Radio regarding an issue with an annoying whistle that was happening on their Arabic Language broadcast. They forwarded the message to Vatican Radio’s technical section. I am not sure if they were already aware of the problem, or if this message made them aware. But it goes to show that DXers can alert broadcasters when there is a problem.

Please click on the thumbnails below for fuller, more legible views. 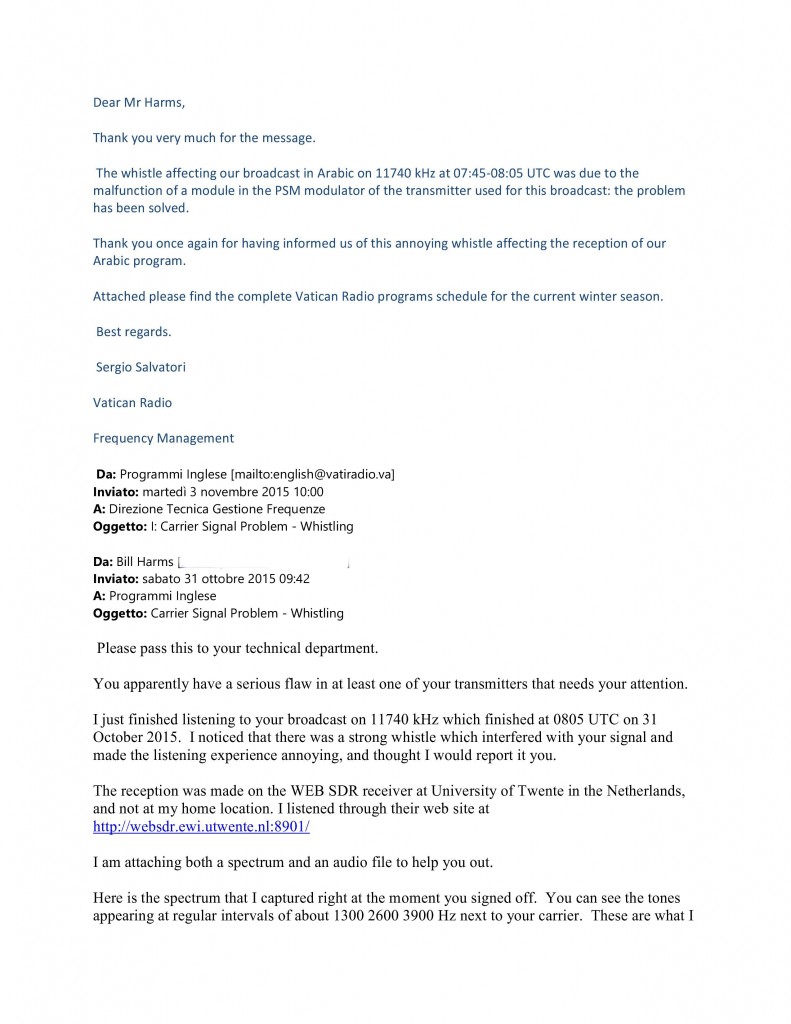 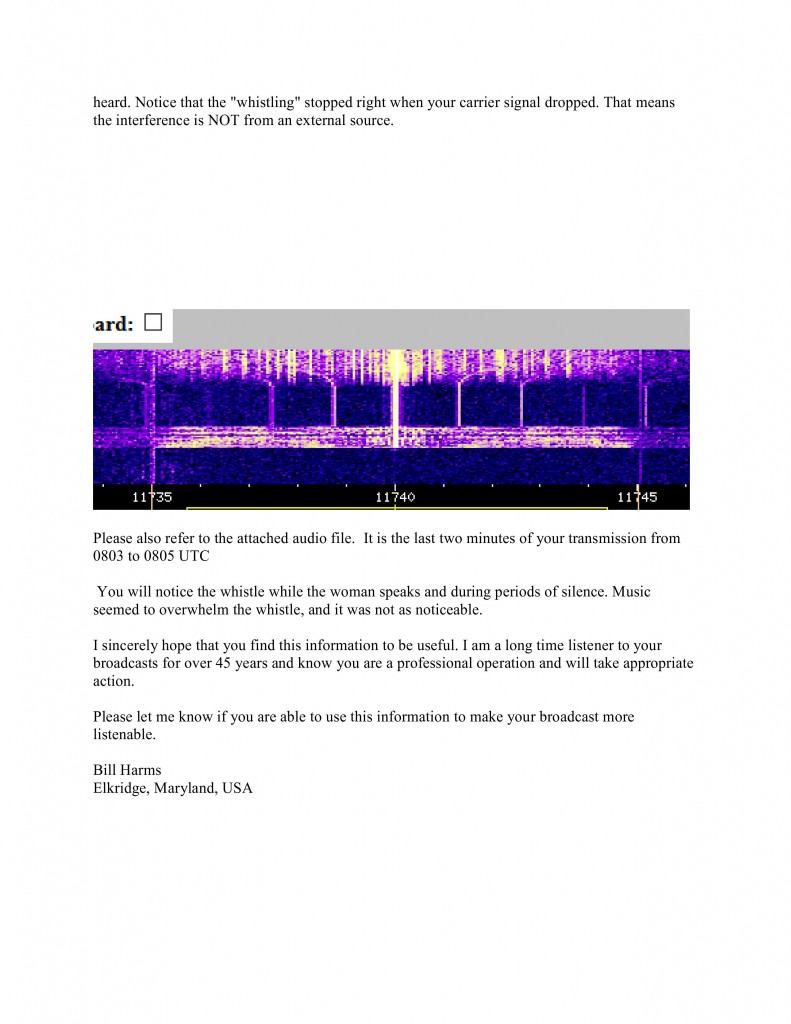 Radio Zanzibar is a relatively easy catch in North America on the nominal frequency of 11735 kHz (actual 11734). In 1998, I heard them blasting in here to Maryland, and decided to send them a reception report. However, I understood that they were a reluctant verifier. So, reaching into my bag of tricks, I made up a prepared card and sent it with a reception report. Below is the reply I received from them.

The verie signer was Ali Bakri Muombwa. He did not reveal his position with the station, but he had a working knowledge of the station because he completely filled out the card including the transmitter site, and noted he checked the news items I listed. So I assume he worked for the station in some capacity and so this QSL counts. 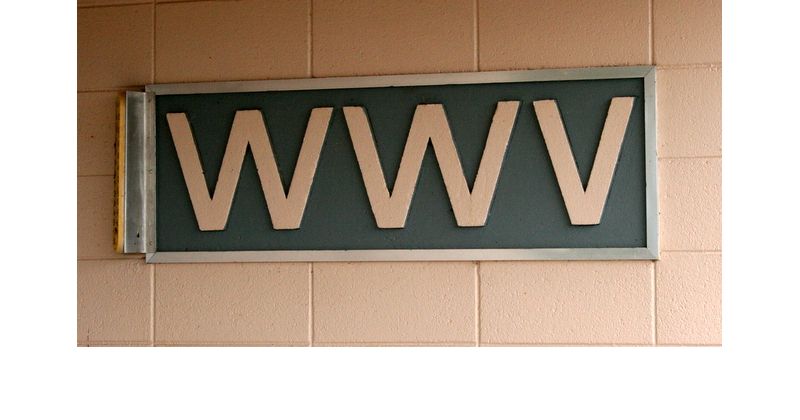 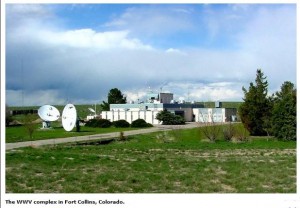 Last year on 10 April 2014, I picked up WWV on 25 MHz after hearing that the station had revived this frequency on 7 April for the first time since 1977  (here).  So, I decided to send off a reception report to the station in Fort Collins, Colorado.  In reply they sent me their usual QSL folder with the frequency of 25 MHz filled in. The verie signer was John B. Milton.

This was supposed to be done officially on an “experimental basis.” There are reports that they still may be on the air on 25 MHz as late as October 2015. There has been no signal there the times I have tried, but it could be because of poor propagation.

If you happen to hear them on 25 MHz and decide to send a reception report, I am sure they would be happy to hear from you.

Radio Jordan was the shortwave service for the Jordan Radio and Television. I am not sure exactly when they shut down, but they were broadcasting on on shortwave with a reduced schedule as late as 2011. They were another shortwave broadcaster which could be heard throughout the world. I heard them in 1987 in Germany and sent them a reception report. They replied with a QSL card that you see below. 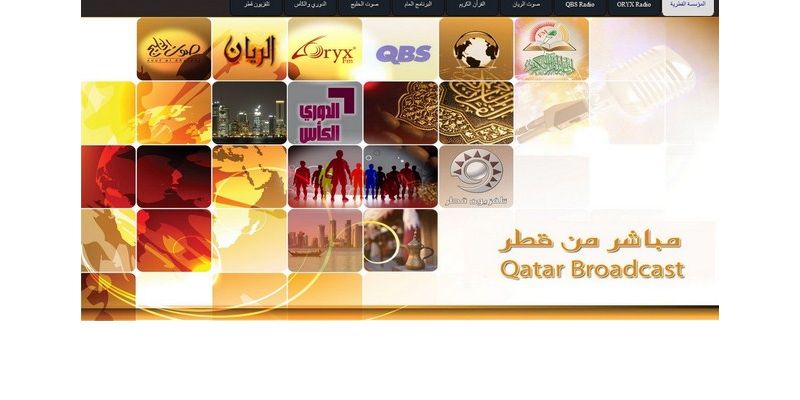 Qatar Broadcasting Service (QBS) was widely heard on shortwave throughout the world. In Germany, they were a fairly easy catch. I managed to pick them up well enough to get some good program details for a reception report. They sent me this QSL card in return.

According the British DX Club in their Guide to Shortwave Broadcasts from the Middle East dated November 2015, QBS was last heard on shortwave in 2002. They can still be heard on 675 kHz medium wave and on FM.

Radio Moscow, the official international broadcasting station of the Union of Soviet Socialist Republics (after 1991 Russia) from 29 October 1929 to 21 December 1993, was easily heard throughout the shortwave bands during its hay day. It broadcast in dozens of languages for hundreds of hours per week. It ceased to exist on 22 December 1993 when the Voice of Russia took over the role as Russia’s official international broadcasting station.

I first heard Radio Moscow in 1969 and noticed it was all over the place on the band. In 1970, I sent a reception report to them and they sent the QSL card seen below. The program was about Soviet cosmonauts and was actually informative. I did not write to them again until 1979 after I read Sam Barto’s piece on receiving QSLs from USSR radio stations. In the piece, Sam noted that you could receive QSL cards from Radio Moscow with transmitter sites on them if you ask them when you send your reports. So I sent off a bunch of reports and many of the QSLs are seen below. There is some controversy about the accuracy of the transmitter sites, but they are still generally accepted by the DX community as good enough.

Most of the time, I just listened for the entertainment value, but I found many of their programs to be interesting and informative. My favorite program was Moscow Mailbag. Joe Adamov answered a question I had about the Soviet Union’s view on the situation in Korea. He also sent me a letter with his answer. Unfortunately, I lost it in one of my moves.

And who can forget Vladamir Posner?

Over the years, I received around 100 QSLs from them for over 50 transmitter sites, including medium wave. They even sent one for the reception of their English language service from a medium wave transmitter in Cuba on 600 kHz for a reception made in Utah.

If you have any comments about your experiences with Radio Moscow, please feel free to comment below. It would be fun to hear from you.

Despite being close to their transmitter, their signal is usually not very strong here in Maryland, but it is almost always there and readable. That is because most of their skywave signal skips over, but the signal that manages to make it to Maryland is consistent and steady.

You can also see a QSL that I received from them in 1978.

In August 2007, I had the opportunity to visit their transmitter site. Bruce Collier was my tour guide and he showed me transmitter sites in and around the York, Pennsylvania area, including WINB. The antenna array is basically wire stretched out over a corn field in the shape of a rhombus. The transmitter and other offices associated with the station are located in the building shown here. The feed line from the antenna to the transmitter crosses Windsor Road.

On their website at http://www.winb.com/ WINB touts itself as the USA’s oldest private international shortwave station.

This nice package arrived today in the mail from the Gaweylon Tibetan Radio Program. The package included a QSL folder, postcard, business with frequency schedule, and a nice letter from program director Anil R. Alfred. According to Mr. Alfred, my report is the second one they have received from the USA, which I find  surprising. I sent the report via the email address on the card, gaweylon@gmail.com. The signal on 15,215 kHz from Dhabbaya, UAE was not very good, but a few times peaked to a listenable level. This broadcaster has been on the air for 25 years.

Many thanks to Anil R. Alfred for taking the time to send such a nice reply. Their website is at http://www.gaweylon.com/