When conditions were favorable, the Voice of the People of Kampuchea’s overseas service on 11,934 kHz was readable on the East Coast of North America. I was fortunate enough to log them well enough one time to send them a reception report. They sent me this QSL letter and a handwritten note in reply. 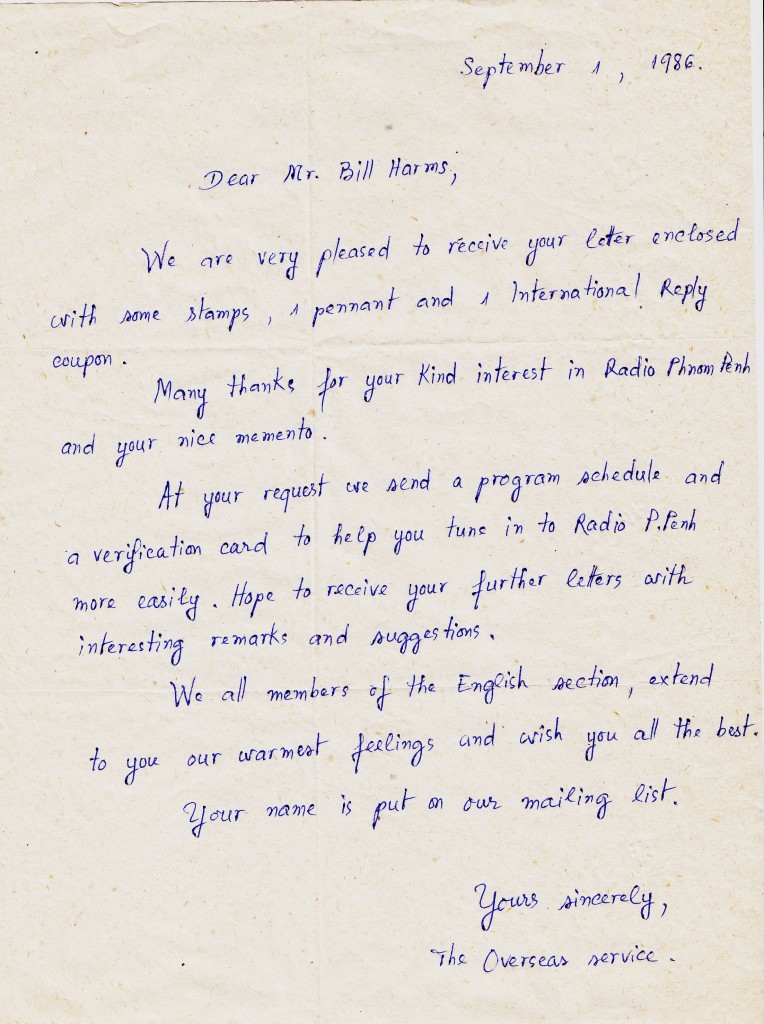 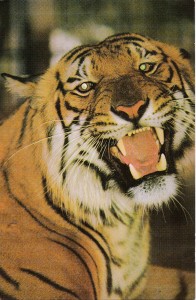 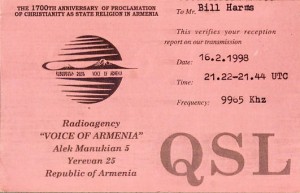 When I heard the Voice of Armenia in 1998 on 9965 kHz, it was with a booming signal and was in English. Today, it is still on the radio on 4810 kHz but no longer broadcasts in English. They sent this QSL card in return for my reception report.

Radio Yerevan was a program produced by the Public Radio Service of Armenia and transmitted on shortwave. It was founded in 1967. Sometime by the 1990’s its name was changed to the Voice of Armenia. 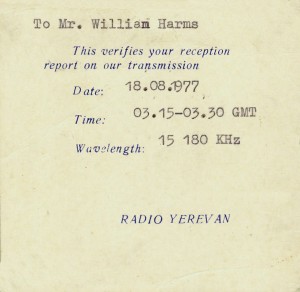 This plain QSL is for its English language broadcast which was transmitted by the Soviet transmitter in Petropavlovsk-Kamchatsky (Russian: Петропа́вловск-Камча́тский). 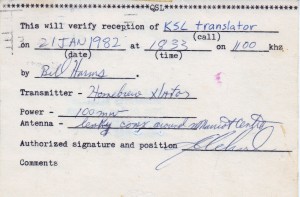 This QSL for an AM translator or re-broadcaster of KSL-AM 1160 is a rare and unique one. In my college days I attended every BYU basketball game at the Marriott Center that I could. One time I decided to bring my Realistic TRF to a game to see if I could pick up the play-by-play on KSL. Unfortunately, the signal was mostly blocked. I tuned around a bit and heard the play-by-play on the odd frequency of 1100 kHz. Hmmmm, what was going on? 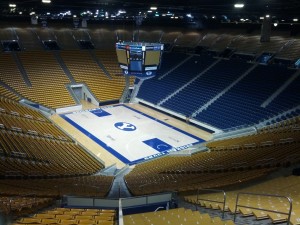 I made a note and sent a prepared QSL card off to the kind folks at Broadcasting House in Salt Lake City, where KSL is located. John Dehnel, KSL Chief Engineer, noted that they used a 100-mW homebrew translator as the transmitter and the antenna was a leaky coax around the Marriott Center.

I think they used this translator for several more games. I don’t believe they are still using it.