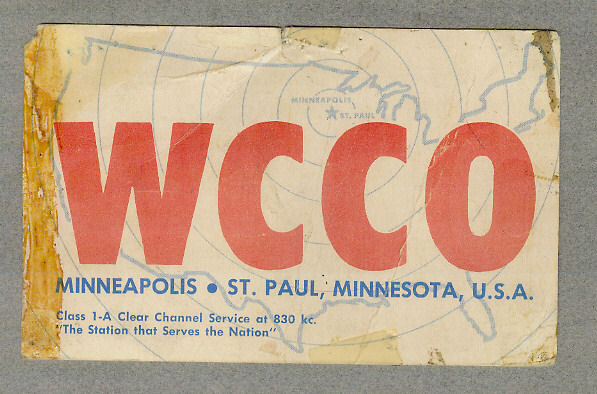 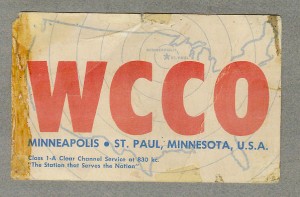 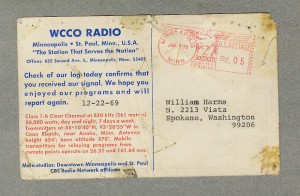 I read in a Popular Electronics Magazine that even AM stations sent QSL cards so I decided to stay up all night on 21/22 December 1969 to see what I could receive and maybe if things work out, send off reception reports. I had heard WCCO a few times before, and WWL a couple of times. But there had to be other stations out further east there. Sure enough, I heard WHAS for the first time ever. The next day, I spent some time writing the reception reports, and sent them off. A few weeks later, these cards arrived in my mail box! 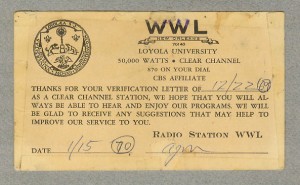 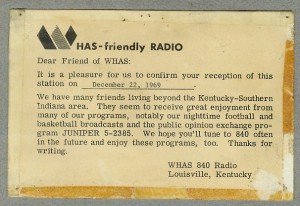 I think I will pull an all nighter on 21/22 December 2019 to celebrate 50 years since I did it the first time, and try for QSLs from these same three stations. They are all still around in 2014, they should still be around in five more years.