Belgische Radio- en Televisieomroep (BRT) was a broadcast service for the Flemish community in Belgium, on the air from 1960 to 1991. It was a predecessor to the current Vlaamse Radio- en Televisieomroeporganisatie. They broadcast three nationwide radio programs as well as regional programs on medium wave (540, 927, 1188, and 1512 kHz) and on FM. They also broadcast an international service on 1512 kHz and on shortwave. It was called BRT Wereldomroep. Their English program was called Brussels Calling. 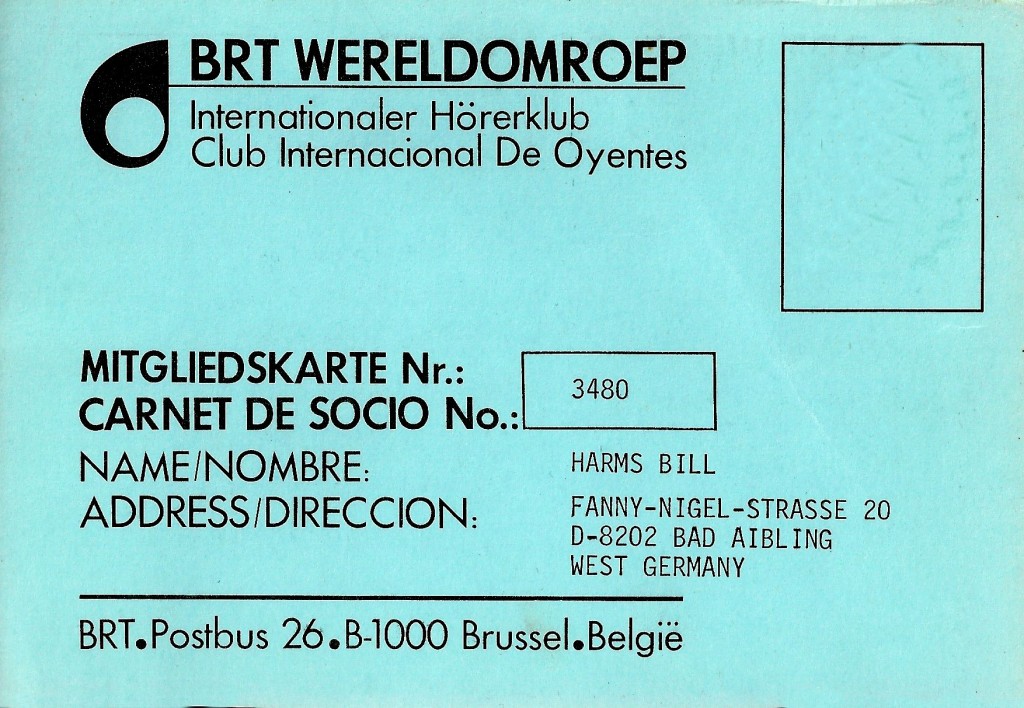 I joined the BRT International Listeners’ Club so that I could send receive their QSL cards (seen below). One is for their domestic service on 927 kHz and the rest are for their international service on 1512 kHz and 9925 kHz.