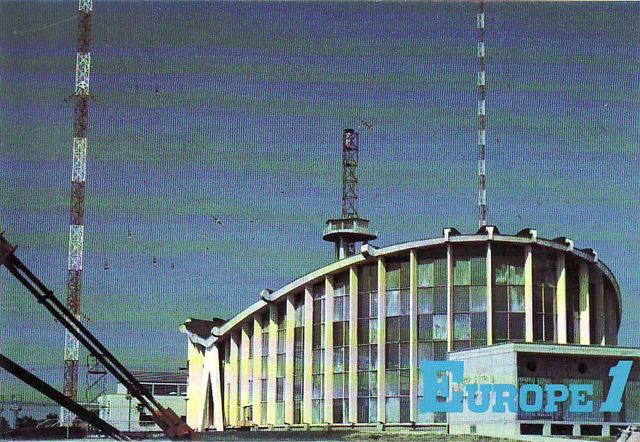 Europe 1, formerly known as Europe N° 1, is a privately owned French language radio network which has an extensive FM radio network throughout France and a longwave transmitter in Felsberg, Germany on 183 kHz. The longwave outlet is widely heard in Europe, and can be heard in North America under good conditions. The QSL here is for its long wave outlet when it was on 182 kHz. Think I may send a report reception for the 183 kHz channel.

Although its primary audience is in France, it is the oldest private radio station in Germany. 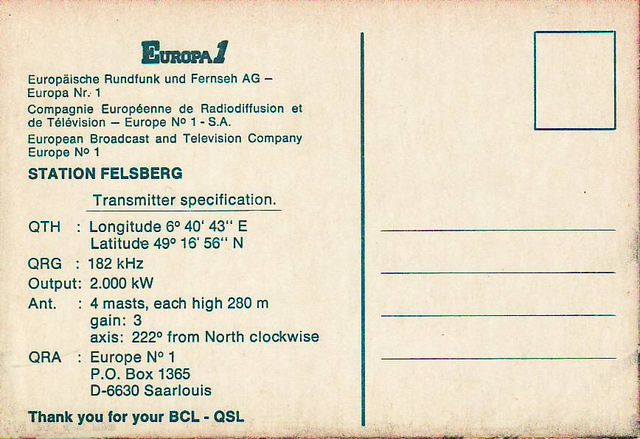