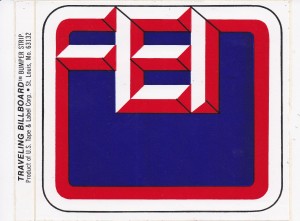 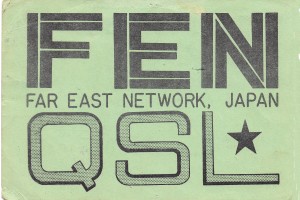 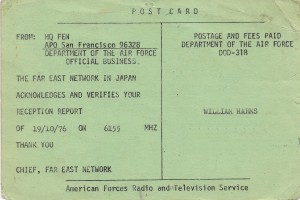 The Far East Network (FEN) was a network of radio and television stations that served U.S. servicemen in Japan, Philippines, Okinawa,  Guam, and Hawaii. Their shortwave (SW) station in Japan could be heard world-wide.  I remember picking the SW outlet up occasionally when I lived in Spokane and a few times in Utah. This QSL card verifies my reception of their SW outlet on 6155 kHz for a report sent to them when I lived in Korea. Their signal was consistent and very much readable.

In 1997, the FEN was disestablished, and is now known as the American Forces Network (AFN). The network of stations in Japan is known as AFN Japan.

The AFN Japan stations are now on medium wave and can be heard in the Northeast Asia region when conditions are good.  I heard their outlets on 1575 kHz on a DXpedition to Grayland, Washington.  Their outlet on 810 kHz has been heard on the West Coast of North America.